To new beginnings.
Lets get cracking.
I am going to get cracking and write 400 words today (not counting this blog)
I can feel green shoots of hope sprouting up between my toes.
I am grateful to all the bloggers and professional writers who take time to write inspirational pieces which get me going.
Thank you.
and to all the people who read my blogs and don't put up get a grip grow up girl comments
Thank you.
I am off now to get some lemons and make lemon curdy pie.
and then I'll get the writing done.
After I clean up some here
OOPs
I'm off again with the long finger thingy!!

Bad Girl
Concentrate.
Write first
Chores later
Write first
everything else later.
Posted by BJ Kerry at 3:08 AM No comments:

Where did all the time go?

I am quite disgusted with myself. 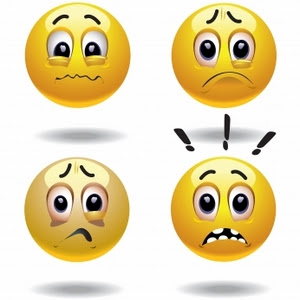 I have neglected my writing.
Nothing new there.

Why have I been putting everything on the long finger you may well ask?

Why did I sit through Tango and Cash last night when I could have been tooling up a few stories? Please don't be offended Stallone and Kurt et al.

Writing defines who I am.

Its the first thing I think of when I awake and the last thing I think about at night. But I have a job, 2 kids, a husband, a dog, a rabbit, and since August a second job. So I am busier than ever.
So time is limited.

Surely SURELY I can get out my laptop with plug in key board and get cracking.
I think I need (to paraphrase my self in full Mom mode) an attitude adjustment.

I can't believe its not Butter!

I cannot believe it's almost a month since I last logged on to comment! Where did that four weeks go? I have absolutely no idea.

I had a bargain struck with my writer self to take part in the Flash fiction challenges set by Chuck Wendig each week - but that went the way of 'best laid plans of mice and men' sorry Chuck. (I've only missed 3 really)

Busy in the 9 to 5, no change there. Busy raising my kids, no change there. Busy running my house, walking the dog, minding my husband, no change there.
No the big change came from me.
I had tried and failed to put some writing time in to action each day.
Then one day became a week and a week became 19 days.
How did this happen?
Because I did not prioritise my writing.
Thats why I am typing this at 11pm
The dog got his walk in before I got the laptop out.

Just realised due to some faulty maths its only 19 days and not actually a month. Oops.
So just have to get chopping again.
Bum in seat and all that.
Seth Godin gives great advice about getting yourself in action - read his blog about looking for the right excuse at http://sethgodin.typepad.com/seths_blog/2011/05/excuse-112.html

I think he set me straight.
I think.
Hmmmm.
Posted by BJ Kerry at 3:01 PM No comments:

How do you measure success?

I got a great book from the library.
Its called How I got published and its bursting at the seams with articles from great authors like Clive Cussler, Marian Keyes and David Brin to name 3 of the many many fine writers who took part. The book is edited by Ray White and Duane Lindsay and they have broken it up in to sections like

3) getting to know agents and editors

All the articles are fascinating in themselves but one in particular piqued my interest. It's by a man called Keith Raffel and his question was 'What do you consider success?'
He published a book which got rave reviews and sold well. So he succeeded in all the steps to getting published and beyond. But he remained dissatisfied with his success. Why? Because he had not set his writing goal before he began. So every milestone he passed he was thinking about the next one.

He made me stop and think.

What do I consider my success to be?
I started this blog just one year ago and I have managed to post on it most weeks. This is a success but I am dissatisfied with it because I feel the quality of the writing in these posts could have been better.
The aim of the blog was to take part in the flash fiction challenges set each week by Chuck Wendig on terrible minds and that has been a success. Again maybe the quality of the writing could be improved (enormously).
So if I were to measure the blog simply as a) being activly publishing on it (score 1) and b) writing the challenges each friday (score 1)
I have reached my target.

But I want more from my writing.
I want to earn money and I guess some sort of acknowledgement that I have enought talent to be doing this.

Realisation! I need to start completing pieces to send out to magazines or papers.
What about competitions? I hate them. To be perfectly honest I feel like I am back doing exams in school when I do them. But I think they are a necessary evil to get know as a writer.

So my next target?
To get published.
Somewhere.
By Somebody.
For a something.

Brendan Gannon: “Everyone else remembers it as the day the saucers came, but I remember it as the day a man in a suit shot my father.”

Joe Parrino: “Three truths will I tell you and one lie.”

Delilah Dawson: “Thursday was out to get me.”

MEN!
“Three truths will I tell you and one lie.”
Michael said throwing his naked body from the bed.
Here we go again I thought him and his goddamn mind games.

"That was great sex"
"I thought so too matter of fact" then I thought he always says that. What if that's the lie and hes bored with me?

"I love your cooking" ditto. He tells me every evening when he comes home from work. Is he just saying that so I'll keep feeding him?

"I wish I had your job" I always thought he said that because I earn more than him and I have shorter hours and he loves kids. So teaching 7 year olds would be right up his street.

"I miss you when you're not with me" He said that last night as he was leaving, he was going to show a young couple a house in the new estate on the other side of town.
What if he was lying and he was going to meet someone else, a woman for better sex and better food and a better time?

Whats he doing with me so?
I could hear the shower going and he was singing Hit the road Jack.
And I thought I am sick and tired of his mind games.
So I followed him in to the shower and I asked real nice 'Which ones the lie Michael'
he had his eyes closed so he kind of sniggered and said 'Baby, you're supposed to figure that out by yourself' so I jabbed him, not stabbed, jabbed with the carving knife I'd picked up on my way through the bedroom to the en suite. That got his attention.

'What the hell is that?'
'Its a knife asshole whats it look like? now answer the question?
'The lie was a lie, OK all the statements were true, I love your cooking, can you put down the knife please, sex with you is fantastic'
He was trembling in the warm water and I felt sorry for him - just a bit.
Why all the mind games?
'Isn't it obvious? you have everything going for you. You earn more, you have a better job, everybody loves you.'
I sighed then.
'I'll help you pack' 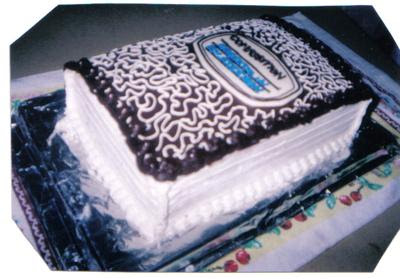 Hello
Welcome to the Party
We are one year old today here at Mutterings.

a little something to kick you off.
Relax
Enjoy
Something good to drink?
Some nibbles?

Mumford and sons The Cave


The commitments Try a little tenderness

And thank you for stopping by blogosphere friends!
Posted by BJ Kerry at 12:33 PM No comments: 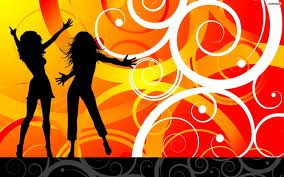 So if you are a chatty type with an interesting turn of phrase be sure to call by on August 8th which is Wednesday next week. We’ll have a blast!
Posted by BJ Kerry at 7:03 AM No comments: