The Hospital Consumed the Silence.

Chuck Wendig Challenge. Use a random sentence generator to produce a story. limit 1000 words any genre.
I have to say I am not so happy with this piece. But I missed the last couple so I was determinded to do it this week.


The Hospital Consumed the Silence.

May lay on her bed. Sweat beaded her upper lip and a glassy sheen stared from her eyes. She bunched the sheets between gnarled fingers. Thin skin barely covered the blue veins that snaked across sharp aged bones. She pulled at the blankets and moaned softly. The nurses checked on her every ten minutes but it was no use. Even trying to keep her comfortable was becoming more and more difficult.
One of them was with her now, her starched white uniform pained Sams eyes ‘not long now’ she said frowning at her watch as she checked Mays pulse.

Sam sighed. There was nothing to do but wait for the end. The doctors had been around earlier mumbling something about catching it earlier. But Sam knew they were lying. They wouldn’t meet his eyes. Except for the boldest one, he looked straight at him and through him. ‘There is nothing we can do. Perhaps if you came earlier?’ They wanted you to believe it wasn’t their fault. That after years in college and working in the hospitals they still knew squat about anything unusual. He had made Sam uncomfortable they way he had looked at him. Sam wondered if he knew something about them.

And what was unusual about ‘Parsis’ fever. Nothing much. Just your common or garden viral infection. Causing the usual high fevers and hallucinations. And of course eventually killing you off. That’s the nasty part. Oh and it’s been eradicated for over 2 centuries.

That caused a lot of questions once they figured it out. Of course that was what threw them these mugs playing at doctor. It wasn’t supposed to be here.

Trouble was Sam didn’t think they’d be able for the truth. The truth about May or him for that matter. Would two old souls who had managed to survive death for five hundred years blow their minds?

May had been talking about being in Egypt and Persia and meeting Isis but the nurses had put it down to delirium. After all their tiny brains couldn’t cope with the idea of immortals. That was the stuff of legend.
Sam snorted at the thought of it. ‘Did you say something love?’ the nurse asked. But Sam only shook his head very slowly.

Immortal. If only that were true we wouldn’t be here. That’s what got us in to this mess.
Sam cursed himself. If he hadn’t gone out for some fresh air leaving her unprotected. If that old witch hadn’t got it into her head to drink our sons blood to gain immortality. If she hadn’t been infected with Parsis. If May hadn’t tried to fight her off. So many if’s.
May never really got over that. It was a bite from that old demon that had infected her. She’s had Parsis for nearly four hundred years but now Sam couldn’t care for her any more. He was tired. He was waiting for her to pass on into the next realm. And then he would go out into the forest like his ancestors before him when they had tired of living and let the life force flow from him. He felt lighter already having made his decision.

May’s breathing had steadied to a very shallow pull on the air around her. Her hands released their grip on the sheets. She sank back into the pillow. Sam watched the life force flow out of her. The room grew silent without her moans and raspy breathing. The silence grew and grew until suddenly the hospital consumed the silence.
Posted by BJ Kerry at 11:08 AM 2 comments:

There is a vast and excellent data base of free writing advice available online, Chuck Wending with his 25 of anything series, Janice Hardy with her real life diagnostics.
I am eternally grateful to these people for keeping me sane. Because for me writing is like therapy and without it I am one grumpy bunny.
So every week I attempt the flash fiction challenges set by Wendig. And every week I check out the writing advice from Janice Hardy buttttt what I love on her site is the real life diagnostics. This is where a wannabe writer wants some feedback on a piece. Say its an introduction to a scene or a piece of dialogue - they say what they want to achieve with a piece and Janice points out the bits she would change. And I quickly add here she is ever so gentle with her critiques and at the same time surgically precise. Truly fabulous.


Any way what got me on the topice of Creative Writing books is my two best writer friends got me one. A great big red one that looks very scary. It looks very much like a serious-must get your act together-stop messing with your hair-this is important kind of book. And it is all that and more. Its Creative Writing edited by Linda Anderson and its used as a text book for the open university course on creative writing. I checked it out on Amazon and it got 7 five star reviews and 2 four star reviews. Out of a total of 10 reviews. Thats pretty good. 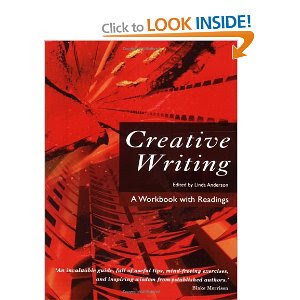 I am a little intimidated by it.
However
One of the reviews suggested setting a time line and working through it chapter by chapter. On the OU course they do a chapter per week. So I might try something like that. I'll let you know my progress. Some serious work for the summer.
Posted by BJ Kerry at 4:32 AM No comments:

I'm sorry. Is it just me? or did the Month of May become a non-event in the writing area of my life. There was a total lack of any blogs anyone would want to read. (So I didn't publish them)

Apart from having my precious writing time interrupted by family I just couldn't seem to get the words to flow. I have read all the pieces on how to carve out a time and place for writing. And I have more or less done that. However as Chuck Wendig says over on Terribleminds if you don't take it seriously then no one else will.

But.
I just don't know how to make something that hovers between hobby (everyone elses perspective) and desirable career (my perspective) become important.
Hubster has taken the view that every time I take out my laptop that he bought (big mistake) I am about to do some web browsing or software analysis for him. Or his company which becomes our company when it suits him. Its gotten so bad that I can't even take the laptop out myself now. I feel like a kid sneaking in to the teachers office expecting to get caught.
I hate this.
And the kids who are old enough to have opinions and go to school unchaperoned want their mother to help with "study" for their summer exams. So I silently fume and resent them wanting my time. This is quickly followed by guilt (so quickly in fact that I think they shared the ride here).
And what is making me nauseated is I know I am the person responsible for creating this circle of demands around myself.
How do I break this cycle of demand - resentment - guilt - fear.
Arrgh!
Help!
Posted by BJ Kerry at 3:30 PM No comments: 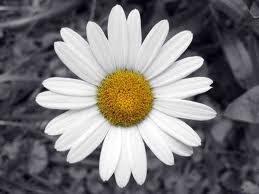 or so the old song goes.

I was listening to a Radio show the other day and they were discussing
books and writing.
Now I had missed the start of the show because of that pesky interrupter of
all things fun - paid work - so I didn't catch who was speaking.
But one of them said that to get a character to come to life you must have
the right name.
Once the right name lands on your desk you can get cracking.

This was a few days ago and I gave it no thought because I thought it was a
bit mad to be honest until...
(Drum Roll Please)
'Daisy' landed on my desk (really the inside of my skull).
You see I had this character in mind,
an older lady
I could see her house
her daily routine
her sense of humour
but I couldn't settle on a first name for her.
I had her surname but I wanted a girls name that would suit her.
And then Bingo! (or rather Daisy ) landed.
And its just perfect.
She's a bit of a scut so I didn't want anything too weighty
and because she's in her seventies it couldn't be a modern name.
And now that I have that she's absolutely bubbling with life and demanding
to be written.
so I'm off to do that.
How's your day going?
Posted by BJ Kerry at 3:54 AM 1 comment: